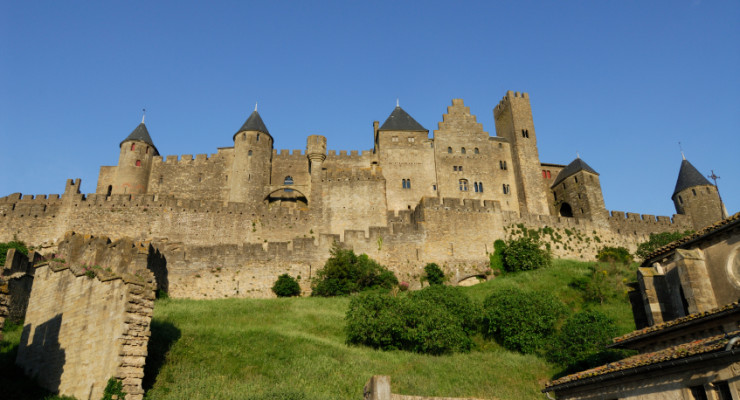 Medieval city of Carcassonne in France

The Cité de Carcassonne is a medieval citadel located in the French city of Carcassonne, in the department of Aude, Languedoc-Roussillon region. It is located on a hill on the right bank of the River Aude, in the south-east part of the city proper.

Founded during the Gallo-Roman period, the citadel derives its reputation from its 3 kilometers (1.9 mi) long double surrounding walls interpersed by 52 towers. The town has about 2,500 years of history and has seen the Romans, Visigoths, Saracens and Crusaders. At the beginning of its history it was a Gaulish settlement then in the 3rd century A.D., the Romans decided to transform it into a fortified town. The town was finally annexed to the kingdom of France in 1247 A.D.